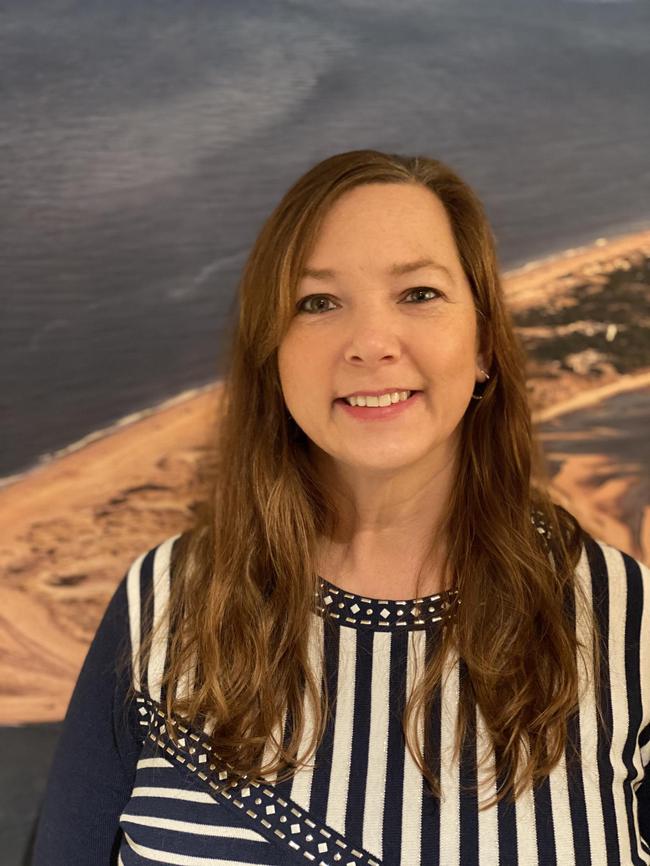 Christine grew up in northeastern Pennsylvania in a small town called Pittston, which is located between Wilkes-Barre and Scranton. Upon graduation, she enlisted in the United States Air Force, where she proudly served for eight + years at a variety of bases throughout the world, including Holland, Korea, and New Mexico. While in the Air Force, Christine spent most of her time working in the civil engineering career field where she thoroughly enjoyed meeting and working with such a diverse group of people with varying backgrounds and experiences, and learned so much from each of them.
Christine’s last assignment in the Air Force was at Andrews Air Force Base in Maryland, and that’s when she discovered the Delaware beaches. Growing up in PA, her family spent time at the Jersey shore. But once she moved to MD, she became one of those many drivers making the trek across the Chesapeake Bay Friday afternoon to visit the Delaware beaches for the weekend. Upon Christine’s separation from the Air Force, she spent a small amount of time working in Washington, D.C., but it didn’t take long before she was drawn to the quiet, slow pace of Lewes and Rehoboth Beach, “the nation’s summer capital”.
Christine moved to Rehoboth Beach in 1999 and finished her degree in Business at Delaware Tech. At the time she was working for a large physician organization when a friend recommended that she become a REALTOR because she loved helping people and loved looking at homes. She was reluctant for quite a while because Christine didn’t think of herself as a salesperson. But after much urging by her friend, Christine decided to get her real estate license in 2003 and has not looked back since. Christine still doesn’t think of herself as a salesperson, but rather a facilitator between buyer and seller, working toward a common goal. Christine aims to make the process as smooth and fun as possible but also educates the buyer and seller along the way so they can make the best decision possible.
Christine now lives in Lewes and although she misses the mountains of PA, she thoroughly enjoys spending as much time as possible at the beach, especially Cape Henlopen State Park. Christine’s philosophy in life is that it’s too short. Never spend so much time making a living that you forget how to live.